Heveena is a female Moclan. When she was born her parents made the decision to forego the typical sex reassignment surgery (SRS) performed on female Moclans. After deciding to allow their child to remain female, Heveena's parents built a home in the mountains, away from the other Moclans who may shame Heveena.

After her parents died, Heveena remained in the mountains where she originally planned to live out her days in solitude. However, after the birth of Topa, she descended from her home in the mountains to persuade the Moclan state to allow the child to remain female.

Even during her seclusion, Heveena became one of the greatest writers on Moclus where she was known as Gondus Elden. 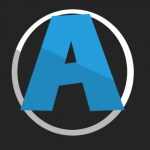